Welcome at the Book Blitz for A Hot Winter by C.J. Lake! You can find here the book Synopsis, a lovely Q&A, a giveaway (US only I am afraid) and of course the author bio! Enjoy ^_^

*Story contains explicit/steamy scenes that are intended for mature readers.
**All books in C.J. Lake’s Attraction Series are standalone novels with NO cliffhangers.

It was supposed to be a simple job.  A favor for a friend, nothing complicated.  But that was before I realized who Emma was.  I knew I wasn’t imagining the tension between us–still there and getting stronger every second.  She wanted to keep things professional now.  I suppose we’d have to try–because if we gave in…once would never be enough…

I never thought I’d see Matt Winter again, and now here he was.  Working on my house!  Making me nervous, flustered, and almost breathless.  Disarming me and making me feel things I haven’t even considered since my husband died four years ago.  No, I don’t want to want him.  My life was in order before he came, and I’m leaving Boston anyway.  Forget Matt.  It’s the only logical option.  So…why can’t I stay away from him?

What was the inspiration for A Hot Winter?

I didn’t originally intend to write this story, but Matt and Emma seemed to have instant chemistry in my first book, Constructing Us, so I was compelled to explore them as a couple.  They ended up being perfect for each other (though it’s a ride to get there!).

What makes Matt & Emma such a great couple?

There’s a current of attraction between them when they first meet, but neither knows who the other is.  Once they discover the connection (to Tragan and Andy), they try to dial it back–especially once Matt begins work on Emma’s house.  But it’s virtually impossible not to be aware of each other or to keep their distance.  That initial attraction is always there–and building every time they’re together, despite Emma’s determination to keep things platonic.  Something that works in their favor is that while Matt is four years younger than Emma, he is strong and responsible, with a maturity and a protective nature–exactly what she needs!

If you had to choose, what is your favorite scene?

Well, here’s a very short excerpt from it:

“Jesus, Emma,” Matt rasped, pulling back just enough to look into her eyes.  “Why do you torture me?”

Gazing into those intense, dark eyes, Emma became overwhelmed by a longing that was almost painful.  She reached up and brushed her lips across his.  “I didn’t mean to,” she said softly, and it was the truth.  “Don’t go,” she whispered, digging her fingers into his hair and keeping him close.  Lightly she bit his lower lip.  “Don’t go…”

Can you pick a favorite quote?

“Being with Matt did something to her.  It brought back a younger version of herself, a younger time in her life.”

>>This is a theme that’s played implicitly throughout the story and a concept that Emma wrestles with and embraces at the same time.  She’s only twenty-seven, but has responsibilities that make her feel older and more settled than that.  Matt taps into her youthful, fun-loving spirit and almost makes Emma forget the reasons why they shouldn’t be together…

Did you have a music play list for this book?

Yes!  My “soundtrack” for A Hot Winter includes songs that fit Matt & Emma so well.  Like “Teenage Dream” (Katy Perry), “Safe and Sound” (Capital Cities), “Am I wrong” (Nico & Vinz), “Everybody Talks” (Neon Trees), “Green Eyes” (Coldplay), and “Everything Has Changed” (Taylor Swift).

What else should readers know?

A Hot Winter is set in one of my favorite places: snowy Boston!
Tragan & Andy, along with other familiar faces from Constructing Us, are back.
Though my books have overlapping characters, they are all standalone novels–no cliffhangers!

In 2015, look for Sky High (Book 3 in The Attraction series).  Sky High is a fast-paced, romantic and sexy New Adult romance, featuring Jamie from Books 1 & 2.  Stay tuned for more updates, both on Amazon and Twitter (@brightbluesurf) — plus, readers can email me at: writercjlake@gmail.com.

C.J. Lake is a storyteller who is passionate about art, surfing, and skiing/snowboarding. Residing near the coast of Massachusetts, C.J. is working on a new book that will feature Tragan Barrett’s friend, Matt Winter. Readers can get in touch via email (writercjlake@gmail.com), or follow C.J. on Twitter @brightbluesurf.

Blitz-wide giveaway (US only)
A $15 gift card to Amazon + a signed copy of C.J.’s first book, Constructing Us.

END_OF_DOCUMENT_TOKEN_TO_BE_REPLACED

Synopsis:
Ashley Smith spent her life being shipped from one family member to the next. When Ashley’s estranged father dies, she finally has the money to go to college and the chance to find a place where she belongs.
Within days, Ashley has found the one thing she’s always longed for – a family. She may have even found love. There’s only one problem. Ashley likes Colin…a lot, but so does Randi, and everyone likes Randi. Randi’s approval is the single easiest way to belong. Falling in love with Randi’s crush is the single easiest way to find oneself on the outside for the next three years.

When Ashley arrived at college, she never dreamed she’d find this kind of happiness. Will she allow herself to hold on to this happiness, and Colin, or will her fear of losing her friends, the only friends she’s ever known, dictate her actions?

END_OF_DOCUMENT_TOKEN_TO_BE_REPLACED 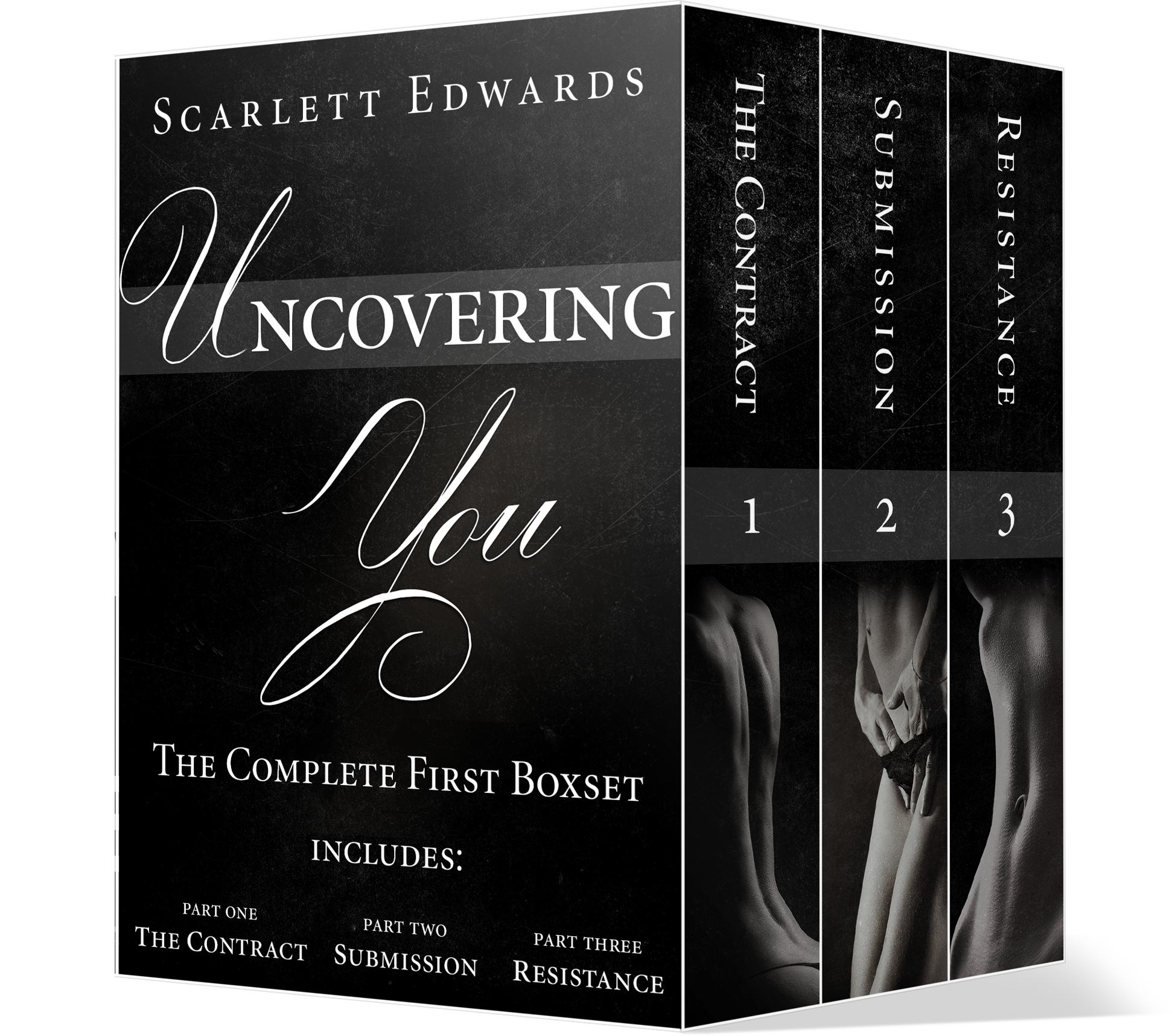 Join Lilly and J.S. as they begin their twisted tale of love and revenge. The Uncovering You Boxed Set includes the first three, full novels of the shocking dark romance series that has readers captivated all over the world.

Uncovering You 1: The Contract

END_OF_DOCUMENT_TOKEN_TO_BE_REPLACED

Welcome at the Promo Blitz day of Nice Girls Don’t by Sue Barnard.

END_OF_DOCUMENT_TOKEN_TO_BE_REPLACED

Smiley baby #babiesofinstagram #dutchmamainuk #Bilingualboys
We love our changing mat by @thegilded_bird ! Quinn looks very comfy on it and love the design ^_^ #babiesofinstagram #dutchmamainuk #changingmats #2weeksold
A day too late and I missed 1 week, but he's already 2 weeks old!(plus a day) growing like mad already! #babiesofinstagram #dutchmamainuk #Dutchmama #mamavantweejongens
We would like to announce the birth of Quinn Gijs Darbyshire 🥰 Born yesterday, 19 November 2019 at 1540. Weighing a healthy 8lb3oz or 3.7kg :) Deacon finally met Quinn this morning and is, for now, totally smitten 🥰 If you would like to visit, please contact myself or John first as we would like to have the first week as an adjustment for mainly Deacon and ourselves. We got home yesterday at 2230 and had a good night sleep, as much as you can have with a newborn. #dutchmamainuk #Dutchmama #Mumoftwoboys #mamavantweejongens
Rest in peace Oma ❤ Say hi to Opa from me ❤
We had a lovely crafty Sunday. Deacon loved making the Poppy with Papa. Later on he did his water painting whilst I was doing Diamond Painting whilst watching Walking with Dinosaurs on DVD. We hsd such a lovely chill day #Dutchmama #toddlersofinstagram #Almostabigbrother #dutchmamainuk #Dutchpregnantmama #39weekspregnant #CraftSunday #ChillSunday