This is the complete Steampunk Fantasy novel – all four parts of the serial in one volume! Also includes bonus features not found in the episodes ~

Human life has value.
The poor living in the gutter are as valuable as the rich living in a manor.
The scoundrel is no less valuable than the saint.
Because of this, every life a reaper takes must be redeemed.

Raven has lived by this first tenet since she was trained by her father to become a reaper. But since his death, she’s been spending years redeeming the lives she’s taken. By her count, she’s even and it’s time for that life to end. If she settles down and becomes a wife, she might just feel human again. But on the way to the life she thinks she wants, the baron of New Haven asks her to complete a task which she cannot ignore… Just when Raven decides to give up on her life as an assassin, she’s pulled right back in.

First time ever I’ve read a steampunk novel and I thought I start slow into this category by starting with a Young Adult one.
I quite enjoyed this story, I read quite quickly through it which means for me the story was well-paced and kept my attention. I was basically glued to the story. I love reading books where my imagination can really run free and I start to wonder why I haven’t picked up a steampunk novel before… well that is definitely going to change!

I instantly liked Raven, where she, as a reaper, has got to get the balance right. To take a life you need to safe a life. I could really see her reasoning why she wanted to help the baron. Not only because in the past it was the reapers duty basically to be the personal body guard of the Baron but also, she had 2 lives left to safe before she could finally settle, get married, and have a ‘normal’ life. Now we all know in novels, that when you read that in the first chapter that it is something never happens!
She comes across as a very strong character, which of course she needs to be, but I found her quite down to earth and with humour at the same time.

I am happy to read a Young Adult novel without a love triangle, one of my pet peeves is a love triangle. And I was really happy that it wasn’t in here! I was rooting for Captain Jack Grant, not sure why…. but I had this feeling from the moment I started to read about him.

I will definitely be continuing reading this series, it has really captured my interest! And on-wards to more Steampunk novels for me! 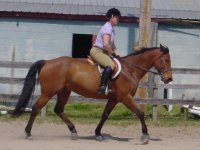 In simple language, Pauline Creeden creates worlds that are both familiar and strange, often pulling the veil between dimensions. She becomes the main character in each of her stories, and because she has ADD, she will get bored if she pretends to be one person for too long. Pauline is a horse trainer from Virginia, but writing is her therapy.

Smiley baby #babiesofinstagram #dutchmamainuk #Bilingualboys
We love our changing mat by @thegilded_bird ! Quinn looks very comfy on it and love the design ^_^ #babiesofinstagram #dutchmamainuk #changingmats #2weeksold
A day too late and I missed 1 week, but he's already 2 weeks old!(plus a day) growing like mad already! #babiesofinstagram #dutchmamainuk #Dutchmama #mamavantweejongens
We would like to announce the birth of Quinn Gijs Darbyshire 🥰 Born yesterday, 19 November 2019 at 1540. Weighing a healthy 8lb3oz or 3.7kg :) Deacon finally met Quinn this morning and is, for now, totally smitten 🥰 If you would like to visit, please contact myself or John first as we would like to have the first week as an adjustment for mainly Deacon and ourselves. We got home yesterday at 2230 and had a good night sleep, as much as you can have with a newborn. #dutchmamainuk #Dutchmama #Mumoftwoboys #mamavantweejongens
Rest in peace Oma ❤ Say hi to Opa from me ❤
We had a lovely crafty Sunday. Deacon loved making the Poppy with Papa. Later on he did his water painting whilst I was doing Diamond Painting whilst watching Walking with Dinosaurs on DVD. We hsd such a lovely chill day #Dutchmama #toddlersofinstagram #Almostabigbrother #dutchmamainuk #Dutchpregnantmama #39weekspregnant #CraftSunday #ChillSunday